Is Gluten Free Chicken a Thing

Is Gluten Free Chicken A Thing?

You’d think that the rotisserie chickens sold in grocery stores should be gluten-free. But most are not. The problem is not the chicken, but rather the preparation of the bird. But even if none of these ingredients is used, cross-contamination in the cooking and packaging of the bird may cause exposure to gluten.

What common food is gluten-free?

Many whole foods are naturally gluten-free, including fruits, vegetables, legumes, certain whole grains, dairy products, and oils, as well as fresh meat, fish, and poultry. Wheat, rye, and barley are the major foods that need to be avoided while following a gluten-free diet.

Does gluten-free mean no meat?

See also  What Country Is Known for Empanadas 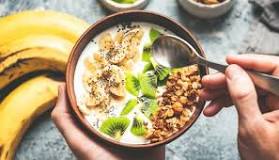 Do eggs have gluten?

Yes, eggs are naturally gluten-free. However, eggs are often at a high risk for cross-contact due to the ways they are prepared. 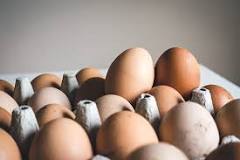 Is a rotisserie chicken gluten-free?

Rotisserie chicken is considered gluten-free. However, this depends on the flavorings added to the bird during the cooking process and whether the chicken is made in a dedicated gluten-free facility. Always opt for a certified gluten-free brand if you have celiac or gluten sensitivity. 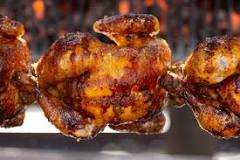 What meat is gluten-free?

Yes, meat is naturally gluten-free. Plain, fresh cuts of meat, including beef, poultry (chicken, turkey, etc), rabbit, lamb and fish/seafood meat, are all gluten-free. However, be careful with breaded or floured meats, which typically contain wheat and therefore gluten.

Does KFC grilled chicken have gluten?

Unfortunately, if you go to KFC (Kentucky Fried Chicken) and you’re looking to avoid gluten, you won’t be able to eat any of the chicken that they are named for. None of their chicken is gluten-free. You can, however, eat some of their side dishes and salads.

What are the worst foods for gluten?

Is bacon a gluten?

Bacon is only made out of pork belly, pepper, salt, sugar, spices, smoke flavor, and nitrates: no gluten products. However, some companies cannot make any guarantees because of potential cross-contamination between equipment or processing facilities shared with gluten products.

Does cheese have gluten?

Whether you have a medical reason or you are just curious about gluten-free foods, you may wonder if cheese contains gluten. Most cheeses are indeed gluten-free. In fact, according to the Celiac Disease Foundation, the dairy group is a naturally gluten-free food group.

What chicken is gluten-free?

Yes, meat is naturally gluten-free. Plain, fresh cuts of meat, including beef, poultry (chicken, turkey, etc), rabbit, lamb and fish/seafood meat, are all gluten-free. However, be careful with breaded or floured meats, which typically contain wheat and therefore gluten.

See also  Is It Ok to Use Vanilla Extract

What is gluten-free at McDonald’s?

Is pizza high in gluten?

Pizza is a high-risk item for gluten exposure, a recent study on gluten-free labeled restaurant food found that 53% of samples of pizza had detectable levels of gluten (1).

Does popcorn have gluten?

Popcorn is made from corn, which doesn’t contain gluten. In fact, corn is often recommended as a safe alternative to wheat for those with celiac disease, and most people who cannot tolerate gluten can safely enjoy corn products ( 2 ).

Do hashbrowns have gluten?

Yes, hash brown potatoes are considered gluten-free. However, it is important to check the ingredients as flour is sometimes used for coating hash browns. Contaminants from other foods that are processed in the same plant can also add small amounts of gluten.

Asking yourself, “Are Doritos gluten-free?” Most flavors of Doritos do not appear to be made with gluten. However, only the Simply Organic White Cheddar Flavored Tortilla Chips are officially labeled as gluten-free.

Are Chick Fil A fries gluten-free?

Yes, the fries at Chick-fil-A are naturally gluten-free. Because they’re fried in a separate fryer, there is no risk of cross-contamination with gluten-products. They are safe to eat on a gluten-free diet.

Does chocolate have gluten?